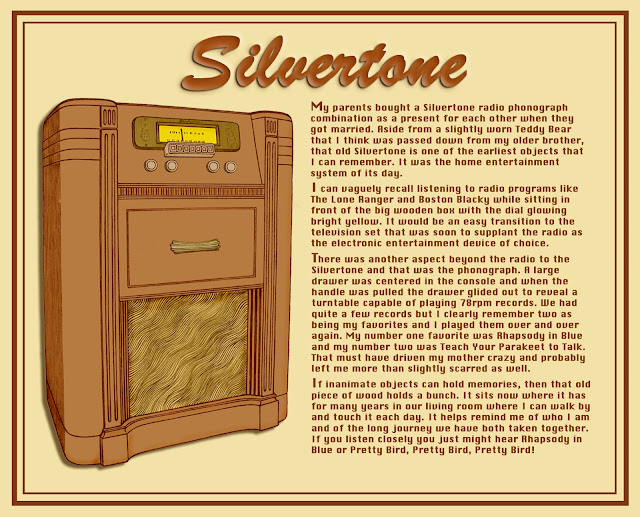 Sometimes I have moments of reflection that don't entail a cartoon image or two, but then again, not very often.

Posted by Michael Garrett at 8:14 PM No comments: 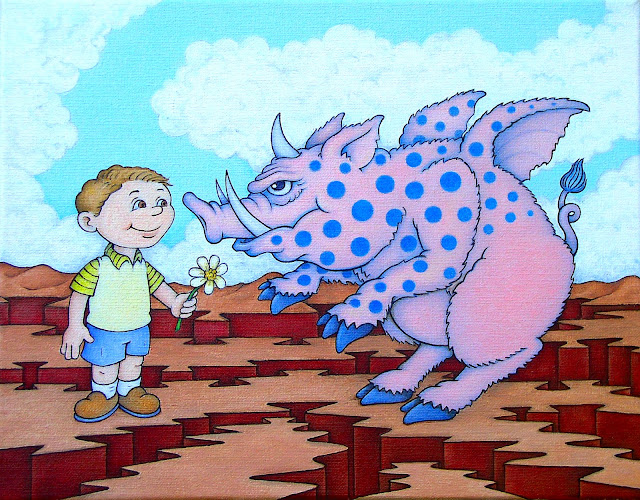 Earlier in this blog I posted a print by Matt Dangler and linked to his web site. A number of years back when he first started his own blog, he asked folks who were following the blog to create a creature of their own for the blogsite. This was my offering at the time titled The Dangler Blog Monster and is oil on canvas. I know what you're thinking, you're thinking the swine like creature with the wings is the monster, but things in my world aren't always what they seem!
Posted by Michael Garrett at 10:15 PM No comments: 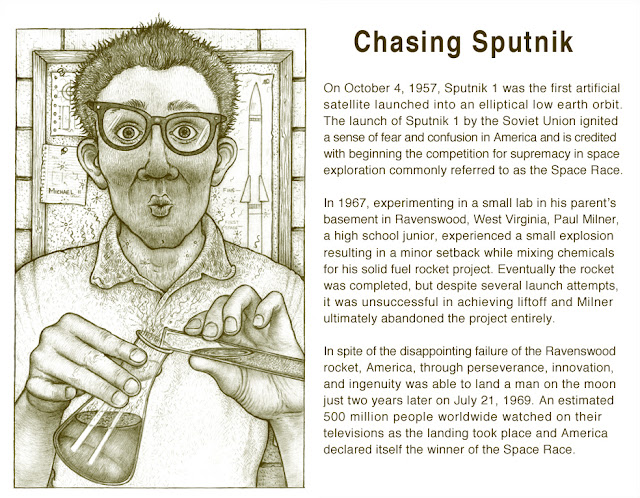 From the time we were very young my brother could build just about anything. Before I could tie my shoes without help, he was already building bicycles out of random spare parts. When he was a teenager he took up the challenge to build solid fuel rockets and one day while mixing up some formula in the basement a batch of fuel exploded. There was no damage and no injury, just a loud boom. The model rocketry program soon gave way to cars, cars and more cars. He’s still in love with cars and trucks to this day and is still building things. He conveniently does not recall the aforementioned incident complete with explosion, but he’s older than I am so we’ll forgive him for that. Anyway, while the Chasing Sputnik story is a total fabrication, my memory of my brother mixing up the rocket fuel and the resulting outcome was the inspiration for this piece of fiction.
Posted by Michael Garrett at 10:09 AM No comments: 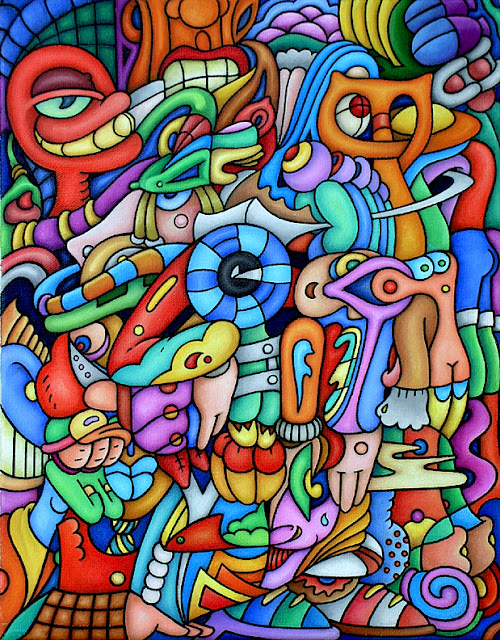 This oil on canvas titled Strange World, has always been a favorite of Andrew, my son. I spent a considerable amount of my youth basking in the glow of the 1960's. It was a remarkable period of time for the advancement of visual and musical artistic expression. Can you dig it? 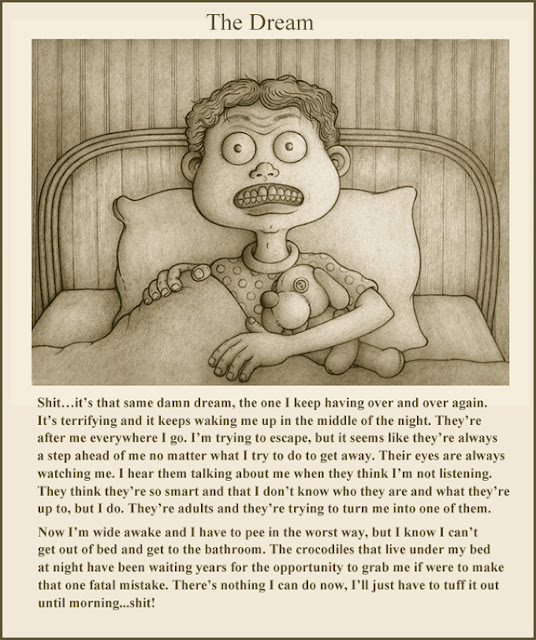 The curious thing is, that I'm still having it to this very day. 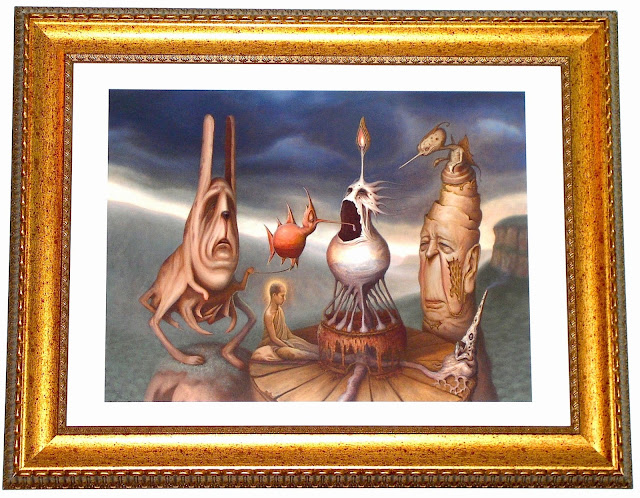 Long ago and far away...around 1973 or 1974 to be more exact, this image dripped out of my mind and onto a sketchpad. So many interesting things and crazy experiences happened during that period of time that I’ve always kept the sketch as a treasured reminder. It’s not that it’s such a great drawing but I think it’s interesting enough to include on the blog and besides, I like it.
Posted by Michael Garrett at 11:49 AM No comments:

Michael Garrett
Just another passenger trying to figure it out without hurting anybody during the trip. This blog is primarily about art work and music that I have created in the past or am currently working on. Much of the work I'll be posting was featured on my website which no longer exists, thanks to apple, so I decided to do this blog. Thanks for stopping by and feel free to comment if you like. If you click on the images you get a larger view and if you click again it goes back to the blog. Also there are images on the blog that are not on the front page, so you can click on "older posts" at the bottom of the first page to see those posts as well. Thanks for stopping by, I'll try and post often so it doesn't get stale.